Just added to your cart

Due to the custom nature of our made-to-order process, please allow 4-5 business days processing time on all orders. Each shirt is made one at a time, after your order has been placed. As soon as your order has been processed + shipped, you will receive an email with USPS tracking information. Upgrading your shipping speed does not change the 4-5 day processing time. Thank you for you for supporting our small business. We appreciate you. ♥

The Importance of Having More Than One Source of Income 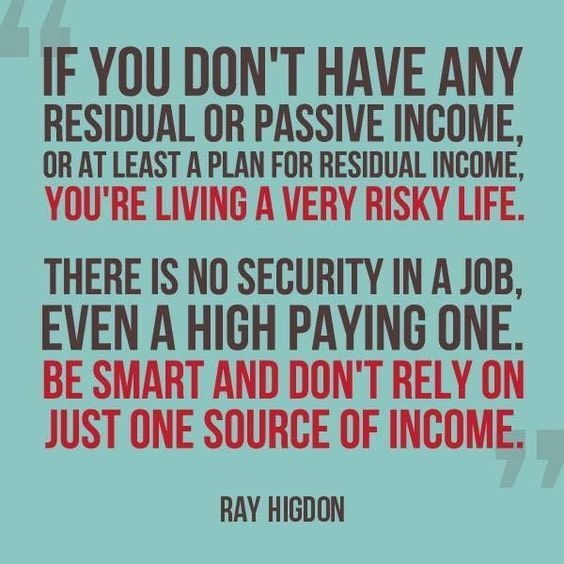 BUILDING MULTIPLE streams of income is no longer a luxury, it has become a necessity. If the high rate of unemployment and mounting job losses have taught us anything, it is that nobody's job is safe, especially during a global pandemic like COVID-19. My heart goes out to everyone who is financially hurting from this virus. There's a countless amount of people who have either been laid off or fired from their jobs. There are several of Commerical  and Franchise Businesses that have had to do temporary shutdowns in respect of flattening the curve of this deadly virus and don't even get me started on the Small Businesses. Many of them are being negatively effected by this pandemic and I hate to say this but it's a lot of them that won't be able to survive it especially if it's their only source of income.

I'll be honest, my heart breaks a little more for them because I'm currently the owner of a small business myself and I know what it's like to work so incredibly hard on getting the business started and then you have to work twice as hard to get it off the ground and keep money consistently rolling in if you want it to be successful. It's definitely NOT easy and for something like this to suddenly happen without you being prepared can be crucially detrimental to the future of your business. So my heart definitely goes out to them, however, this post isn't specifically targeting Business Owners. This one is for EVERYBODY!

Unfortunately for most people, their only source of income is from their job, which can be a risky way to live. It's an automatic set up to potentially struggle when it comes to bills and finances, especially if you don't have emergency funds to fall back on. This also applies to those of you who have degrees and make good money! You just never know what's gonna happen and I'll even go as far to say that this current global pandemic has proven that money and status doesn't matter. There are millions of people out of jobs right now that were making $70,000-$100,000 yearly. I don't expect that they are financially struggling at this very moment like some of us but at some point I'm sure whatever money they have will eventually run out. Most of the time, people who make big money also tend to have big bills and I'm sure it's scary to think about how they'll have to start over in searching for a career because again.... there were several people who were either laid off or fired. Yeah, the small businesses are probably hurting the worst but I'm certain that some of these big ones are being affected as well. 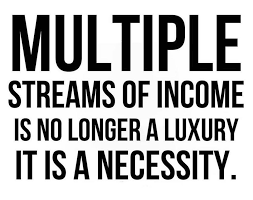 Thankfully, finances hasn't been something that my Husband and I have had to worry about during this time. We're both essential workers. He works at Advance Financial which is for the most part a Loan Company but they're also pretty similar to banks. I am a Certified Nursing Assistant and I'm also the owner of Jess A Little Shirt Shop. Outside of my community of supporters, the only reason my business is still up and running is because the mailman is still running and the post office is still open. (Thank God!) So thankfully, we've still been able to pay our bills without having to rely on the government for help and it's truly a blessing. And I'm not saying that to brag because let me tell you something.. If I didn't have my CNA License to fall back on, then we'd be in financial trouble for real.

Before my Husband's employer fired a bunch of people, his hours were cut tremendously and there is honestly no way we would've been able to survive on his income alone - not with the kind of bills we have and the fact that we haven't had any kind of government assistance whatsoever in at least seven years would've made things that much more harder because we still wouldn't have qualified for it. And I hate to say it but, my small business wasn't a reliable source of income during the time of an economic crash either, although it's still been bringing in a good chunk of money, it just wasn't a "for sure" thing due to COVID-19. So I am in incredibly grateful for the job security that I have in healthcare. There will always and I mean ALWAYS be a need for CNA WORKERS!

I love my patients and I love what I do but it's not the kind of work I want to be doing for the rest of my life, however, I will always keep my certification for it because when it comes to "finances" it provides a little bit of a safety net for me. If that's something you're interested in, I highly encourage you to see what local nursing home facilities or hospitals offer classes in your area. Most of the time their FREE, you may have to pay for your test but after you pass the test the place that certified you will offer you a job in most cases. That's just wanted to throw that out there!

So that brings me back to the main point of this blog post - if you don't have an emergency fund saved up somewhere then I strongly urge you to think about  investing into another source of income so that you're not dependent upon just one. Never downplay the benefits of having a side hustle or as mentioned earlier, multiple incomes! Thanks so much for visiting my blog today! I hope that you were in encouraged in some sort of way. See you on the next one!

Back to BLOG: Entrepreneurship & Business Advice
Use left/right arrows to navigate the slideshow or swipe left/right if using a mobile device